On December 25, Christmas is celebrated in most of the world, that is, the birth of Jesus Christ (at least from a religious point of view). Although tradition has marked this date as the exact day of his birthday, was this day really born? 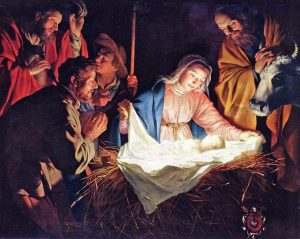 In this article we will give you an explanation about Jesus’ date of birth and why we celebrate his birthday on December 25.

It is not so simple to show the date

The issue of giving the exact date of Jesus’ birth is quite complex as there are very few reliable historical records left from that time. Moreover, it is not even known exactly if Jesus existed, however, the tradition of celebrating his birthday on December 25 goes back to the very beginnings of the church.

According to different investigations, the first mentions of December 25 as his date of birth date back to the fourth century of our era. In those days Christianity was beginning to take shape, more or less what we know today, but it was still not common to celebrate birthdays. By the way, as a curious fact, that is one of the reasons why Easter is the most important celebration of Christianity and not Christmas.

Bible historian Andrew McGowan explains that the real reason Christmas is celebrated on December 25 is because of a basic calculation that appears in the Bible.

“The crucifixion of Christ was on Nisan 14 (March 25 of the new Roman calendar). Since Christ was crucified and conceived on the same day, we add nine months to it and we have as a result… Exactly, December 25th. “ 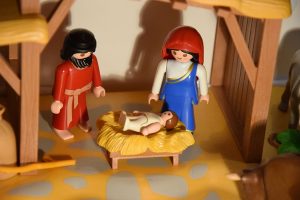 As a curious fact: it is very likely that until the 16th century Christmas was celebrated in the first week of January. This was due to a calculation error that was in the calendar in use at that time (the Julian).

Another very popular hypothesis about the December 25 election is due to the pagan holidays.

It must be remembered that in a good part of the Roman Empire the festivities of the god Saturn, the god of agriculture, were celebrated at the beginning of winter (the last week of December).

This festival was for a long time very popular in the empire thanks to the debauchery and great abundance typical of the end of the harvest, so this could be a challenge for the growing Christian church for which they should compete; hence the belief that Christmas is nothing more than an adaptation of pagan festivals.

Countless investigations have been done to discover the approximate date and year of Jesus’ birth. Although most of the conclusions have not generated clear answers, with the help of science some of the evidences mentioned in the bible can be deduced.